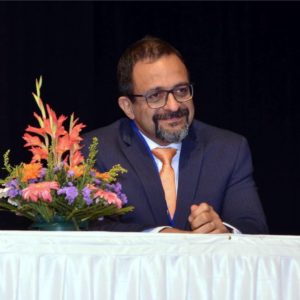 When it comes to success in school or college, being smart is not as great as it is made out to be. Personality may have a lot more to do with academic success than just being intelligent. Factors such as diligence, conscientiousness and emotional stability, seem to play a more important role than just being intelligent. Thus, the amount of efforts the student puts in, and its focus, is at least as important as whether the student is smart.

A look at some important Personality types”

Extraversion: This is how social and assertive you are while interacting with other people

Agreeableness: The tendency to be trustworthy and altruistic

Neuroticism: This is marked by how moody and irritated you get, as well as instances of emotional instability

Conscientiousness: This describes the lack of impulsive behaviours, as well as how goal-oriented you are

Openness: This describes your creativity and open mindedness to try and develop a range of interests

This finding is important, as kids who may not be considered “smart” by traditional measures, might still become highly successful, both by traditional measures, and in their own right. Since personality is more malleable than intellect, helping struggling students to cultivate beneficial personality traits …particularly intellectual curiousity and a strong work ethic…may be powerful means of improving academic performance. However…high IQ students, who struggle more with attitude and social skills, can also learn to cultivate these qualities.

Personality does change, and some educators have trained aspects of student’s conscientiousness and openness, leading to greater learning capacity. By contrast, there is little evidence that intelligence can be “taught”!

Incidentally, a number of studies during the last decade have explored group differences in the Big Five personality traits amongst students in different academic majors.

Consistently, students of arts/ humanities and psychology scored high on Neuroticism and Openness.

This does indicate that substantial personality group differences across academic majors do exist.

Incidentally…there is also a Dark Triad of personality traits:

Narcissism: Being selfish, self absorbed, vain and self obsessed

Machiavellianism: Trait which is characterised with the use of manipulation to achieve power…continuum spans from highly manipulative to extremely submissive

These have been associated with the desire for power, status and social dominance in the workplace, and the individuals with these traits are drawn towards occupations affording such outcomes

It was also noted that students doing economics/ business studies had high Dark scores, while psychology students had low ones.

Studies also support the notion that personality differences may well be prevailing / pre existing before admission to an institution, and not directly influenced by social effects within the college environment.

Again, by taking a student’s personality type into consideration, certain types of teaching may better facilitate the students learning process in a way that makes them more comfortable. This may include how best to assess a student, or the types of questions that appear in exams.

There is also another perspective to this…something called “character education”. This denotes a belief that through effort, children can overcome problems and improve their own abilities, perform radically better in class-and in life.Thus, an attempt should be made to give students “social capital”, which does not mean eating with the right fork and knife, but other broader attitudes and behaviours.In a sense, this is an extension of “soft skills”, which include teamwork, communication skills, and IT abilities.

Thus, character education is a way to level the playing field, for those who might unfairly be held behind by background or social mobility. There is an attempt made by putting people in situations where they need to develop, model it, and demonstrate certain useful characteristics towards success.

As long as you are happy and engaged in what you are doing, and believe that you will develop a meaningful and productive future out of it…that all that seems necessary!!

Personality and school performance: Incremental validity of self and peer ratings over intelligence: Personality and Individual difference, 4192006), pp 131-142