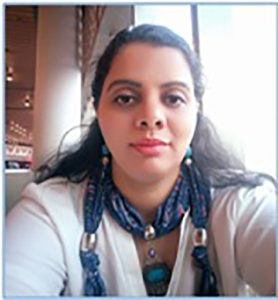 A child’s development is not only his Academic excellence but a lot more.

When there are two kids in the house and that too two boys, a mother knows she is in no more a mother or a friend but a Refree. In my house there is a constant voice going around giving instructions andsettling issues. The only lull in my house is when the two are in school. My elder son is 9 years old and in 4thstd, while the younger one is 4 year and in Jr. KG.

In every family each sibling is unique, important and special. Learned people have said one should never compare kids as no two are the same but siblings are always compared with each other from the time the younger one is conceived.

When we talk about learning and development each child learns differently and at his own pace. When we look at the Pyramid of learning there is learning from our different sensory system than our sensory motor development followed by our perceptual motor development and at the highest peak is our cognitive intelligence. Academic learning is here in this top area. When it is said that a child has academic concerns it include:

Academic concerns may influence a child’s performance not only in the classroom but also at home.

My elder son has “academic issues”, when he was in nursery the teacher noticed that he was not able to identify colours in comparison to his peers: that was the starting point of our concerns and his remedial and interventions. When your child has some disabilities the whole gamut of our living changes. The most important part is acceptance. Once we accept we start to relearn methods and strategies to teach the child. In this enters the younger child for no fault of his when he does tasks which are natural to him the elder child’s “fault” are counted and he is compared, which gives birth to sibling rivalry.For an elder child there is always an underlining that he has to set an example for the younger one.

My younger son has developmental delay, he was a late talker which brought us to intervene for him. As a mother it was hard for me to accept that I need to work with him also. At this crucial time BACH Flower remedies worked wonders for me. After we started therapies for our younger one he started showing improvements in a short span of time. Both my kids have some form of “disabilities”, but in all they are their own person in their own right.

One amongst 6 siblings, out of which 2 are boys and 2 a pair of twins, me being the second eldest.

So growing up in between a lot of people or noise was not new to me. Being one of the eldest,also taught me how to look after the younger ones and be responsible for them  while I also took care of my own life and studies.

I have a Degree in Masters in HR after which I worked for 2 years before I got married. I have also completed my course in hand writing analysis

Being Independent and ambitious  I was also very family oriented and knew how to cater to everyone’s needs, be it my parents or my siblings but I was also keen on pursuing a career .But yes being a mother is a full time job and responsibility.

As a single woman I loved my free time and was a passionate reader, a biker and an adventure enthusiast. Little did I know I would see adventures being played out in my living room soon after I had my son.