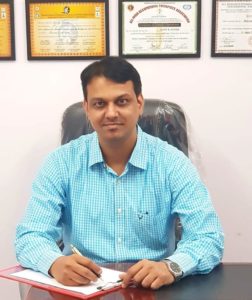 In today’s classroom scenario of 50 children; 10 are achievers and get above average marks, 20 get average marks, 15 get below average marks and remaining 5 are under achievers. But if we see the Intellectual functioning of average and below average children, it is almost same. Then what is responsible for their lags in academic performance. Let’s have an overview.

Parents most of the time pin point the errors made by the child due to which few children may lose interest from academics in a long run.

There are certain children who come from a very educated and dedicated parenting background but yet lack in the academics due to some internal factors affecting their grasping such as:

As per IQ chart:

Slow learners (IQ=70-90) show poor understanding of concepts, language and arithmetic skills.  Because of low mental processing and lack of generalization ability, they are not able to process & understand the information so may show forgetfulness.

Children who do not come into the criteria of intellectual dysfunction, learning disabilities, ADHD but yet show learning issues due to underlying perception and higher function dysfunctions needs to be addressed differently

Anxiety: Due to lack of decision making, problem solving abilities some children do not want to perform a given task and they develop fear of failure.

To understand academic difficulties with internal dysfunctions, there is a need of thorough assessment (subjective and objective) of cognition, higher functions, Academic skill development and behaviors based on which multidisciplinary team of professionals works towards appropriate habilitation.

Team of professionals who should work with parent and child are:

Academic issues are often labeled as behaviors in children rather than dysfunctions. Parents mostly compare their children with other performing children. Children with learning disabilities, ADHD if not identified in earlier stages, later become a chronic irreversible condition.

After 10 years of experience in the field of Pediatric Rehabilitation, Dr. Sumit Shinde, a renowned occupational therapist has started sharing his wisdom with the parents with regards to Child Development. He exclaims that parent is the best therapist hence has the belief of empowering all the parents with the required expertise. A relentless performer, who works 100+ hours/week even today, was not fond of children during his initial days. But as it is said, “Everything is already planned” Dr. Sumit Shinde has reached the milestone where he is standing at present. Modest is the doctor with a charismatic personality; who has a team of doctors accompanying him always. Enthusiastic is the word you can use when a person completes more than 60,000 individual sessions & has transformed a herd of egg lets to become chics. He runs his beliefs in two different centers – Child Rehabilitation Centre & Child Learning Centre with branches spread across Navi Mumbai. A person who gives justice to his field of practice by actually applying the meaning of his profession & transforming it into his vision of “Seeing every Child Independent in the future”.