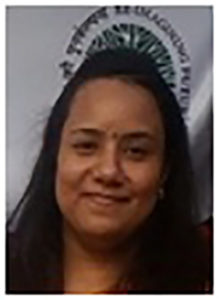 Schools play a pivotal role in a child’s development. Itnot only provides opportunity to gain knowledge but also allows children to learn important life skills; like team work, respect, responsibilities discipline etc. Schools cater to the needsof children coming from different family backgrounds and learning styles. Children enroll in schools as toddlers and exit equipped with skills to adapt themselves to the world. This journey of a child is not as easy and simple as it sounds,thereare multiple interactions between individuals which directly or indirectly influence the learning process of the child.Utmost care is taken by schools to impart values and knowledge according to the individual needsbut it has been observed that over a period of time positive and negative behavior develop due to children’s growing age and exposure to multiple mediums. A student who intentionally creates disturbance in class that directly interferes with the teacher’s ability to instruct the class and hampers  the other student’s ability to learn is considered negative behavior.Disruptive behavior can have negative effects not only on the classroom environment but also on the overall schoolingexperience.There are numerous waysby which student’sexhibit disruptive behavior. Some are minor and often easily ignored, but a few types of disruptive behaviorgo beyond the line/limits. Negative or disruptive behavior of children in school may lead to difficulty for teachers, classmates, school authorities and for the child himself. Continuous misbehavior may lead to labeling of child as a difficult child. It obstructs learning process and interrupts constructive classroom environment.Negative behavior can be seen from lower class to higher standards in varied degrees. Some of the negative behavior seen in schools are:

Talks back/laughs at teacher.
Appears unaffected by what teacher saysor claims teacher is unfair.
Has poor peer relationships,
is often emotional with little self-control&blames others.

Makes noises in the classroom such as humming, tapping the desk, whistling etc.Pretends he is not the cause when asked to stop.Gives the impression that he is purposely trying to annoy the teacher.

Loud, offensive, abusive to others in group situations, yet often polite on 1:1 basis.Can’t accept criticism from others.

Draws, daydreams, and uses a variety of tactics to avoid work.
Frequently out of seat, wandering around the room. Fails to bring equipment to class. Short attention span.

Continually disrupts class with wisecracks and silly behavior. Will do or say anything to be in the spotlight.Doesn’t know when to stop.

Shouting out.Making silly or rude comments.Trying to engage the teacher in off-topic conversations.

Generally ignoring the teacher and talking over him/her.

Discussions regarding progress in particular games during class hours.  Bulling and trolling. Usage of social media for emotional gratification and mentally engaged in virtual world.

It is not necessary that only children exhibits negative behavior in school,at times due to various external factors and personality makeup adults interacting with students may also displayinappropriate behavior. These behaviors at time influence the classroom environment. Some of the factors that influencenegative behaviors demonstrated by teachers arestress due to non-academic work, remaining under constant pressure to maintain discipline, staffroom discussion on student behavior specifically the negative one.

Negative behavior may lead to the teacher labeling students, beingbiased or prejudiced towards certain students, being indifferent towards difficult behavior or ignoring certain behavior in lieu of good academics.

It’s very obvious that negative behavior interferesin learning process of other students and constant interruptions leads to loss of focus. Students are forced to wait while the behavior is addressed, or they are sidetracked by the disruptive student’s attempts to be noticed. This can result in lower grades and behavioral issues in other students as well. Peers tend to have a significant influence over each other, and if one student is disruptive, it may encourage similar behavior in other classmates who might not have had trouble otherwise.

Due to negative behavior schools have to often devote precious time and valuable resources that otherwise could have been used elsewhere on more productive activities. Negative behavior also dilutes the core educational mandate to provide a safe, effective learning environment for all students. Teachers are often not equipped to deal with extreme disruptive behaviors and as a result the student is either sent out of the class or the school is forced to enlist the aid of outside professionals. This again consumesvaluable resources and precious funds which could otherwise be utilized to improve the educational environment for all.

Working from 10 years with exposure in Child and Parent Counselling, Training, Organising and Conducting Workshops at various levels on topics related to Parental Counselling ,Learning and behaviour problems in Children, Adolescent and related issues. Presently working with reputed school as student counsellor. During this period Worked with Central Government, State Government and NGO’s in a very professional and competent environment.