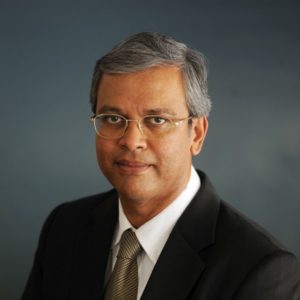 Do you remember Ishaan Awasthi from ‘Taare Zameen par?’ Ishaan is shown suffering from ‘Dyslexia’. Ishaan meets Nikumb Sir, someone who understands him and helps him to change his life. There are many such children like Ishaan around us. They face immense difficulty in reading and often make mistakes while writing, faces difficulty in solving mathematics and are often petrified by other subjects. But not always all students get the chance to meet a reel character like Nikumb Sir in their life. They are not able to cope-up with studies and eventually develop fear for school. In the light of a similar scenario we invited ‘Nikumb Sir’ at our D. S. High School in Sion. Not only that; we also started a centre for assessing and treating learning disabilities in our school. The entire credit for such an initiative goes to Dr. Sumit Shinde of REACT Foundation.

Mr.Sumit and Mr. Sushant Shinde are the alumni of D.S High School. After acquiring a degree in Occupational therapy Dr. Sumit decided to dedicate his life towards working on development and ilearning related aspects in children and their rehabilitation. Dr. Sumit’s younger brother Sushant also joined the cause and in no time their work grew. There are many branches which have spread across because of the effort of one ex-student which makes me feel very happy in the interest of my thousands of students at D.S High School.

With the help of Dr. Sumit Shinde founded Child Learning centre and REACT Foundation we at D.S High school have got the opportunity to provide the much needed support to our students who face difficulty in the learning methodologies used in classrooms . REACT Foundation’s support makes us very proud of our students who showcase great talent and potential skill sets in the outside world. An Occupational Therapist and Counsellor by profession Dr. Sumit is helping students with learning disabilities and putting efforts in working towards their learning needs.

Before starting the Learning Disability Centre at D.S High School we had organized a Parent-Teachers meeting. It was an orientation for all parents about problems like ‘Dyslexia’, ‘Dyspraxia’, ‘Dyscalculia’, ‘Dysgraphia’ and others in very simple terms. He facilitated them to understand how every child has a different potential and his/her ability to transact studies is also different. He empathized on how every child is different and that she/he can have different problems in academics.  Dr. Sumit often uses many examples to explain the problem areas and the correct solutions to overcome it.

He helped them understand that through trainings and personal counselling sessions one can effectively deal with learning disabilities. After undergoing the counselling sessions, many parents were able to put their child’s learning related difficulties in perspective. This intervention is being offered in school at a low-cost. Dr. Sumit’s team assessed students using a variety of relevant tests in this context. This assessment in turn helped reinforce the need for such an intervention. Out of 3500 students in the school, 20 occurred to have attention deficit, 20 were identified as slow learners and the remaining 40 students had some kind of learning disability.

Attention deficit and tendency for slow learning impacts academics. Such students were then sent to Municipal Hospitals for further investigations. However, we realized that the treatment lacked appropriate follow-ups. If one decided to approach any private counsellor, he is charged Rs.2,500 for per hour session. Such high fees are often not affordable for many students who belonged to the lower income groups and the one who stays in places like Dharavi, Chunabhatti and other poverty stricken areas. For such students a centre at school proves to be useful.

Today, Child Rehabilitation Centre established by Dr. Sumit Shinde has many branches across the city, 2 in Nerul, a centre in Kharghar and another one in Chembur.

We proudly become the first school in Maharashtra to start with full-fledged Learning Disability Centre.

Mr. Rajendra Pradhan is an Engineering Graduate and has done his BE (Electronics) & Aircraft Maintenance Engineer (AME).

Presently, Mr. Pradhan has committed to improve status of Aided (Especially Marathi Medium) schools through Shiv Shikshan Sanstha, by implementing innovative projects to support overall development of children. He further has pledged to raise funds through Corporate & Retail donations, CSR Funds etc. and adopt and help at least 200 schools in next 5 years.

Mr. Pradhan was given Savitribai Phule Award by state government for doing exemplary work in the education sector.